Types of Bunts in Baseball 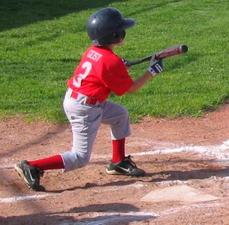 This is the most common bunt. The goal is to sacrifice the batter so that a runner on base can get into scoring position. The batter will square off facing the pitcher before he releases the ball, with the intent of showing everyone he is about to bunt. The most common sacrifice bunting situations are when there are no outs and a runner on second base. Furthermore, baseball statisticians conclude that sacrifice bunting is your best option when a single run is your goal. Managers will occasionally use pitchers or batters in a slump to sacrifice bunt outside of those scenarios.

A squeeze bunt is used in an attempt to score a runner from third. There are two basic types of squeeze bunts:

The drag bunt is the most unique of the types of bunts as it is an attempt by the batter to get on base. It is most often performed by left handed hitters as they are closer to first base. It is performed by showing your bunt at the last possible moment and bunting down the third base line for right handed hitters and the first base line for right handed hitters. Make sure if you perform this type of bunt that the fielders on the corners are playing behind the bases. You want to rely on the element of surprise, so it is important to only square for the bunt if you see the pitch is a strike.

Bunting is common in Major League Baseball, although not all of these types are commonly utilized. Bunting can be a great strategical tool for a team in desperate need of a run late in the game.